Afghan oriental carpets and rugs are from the weaving areas in West Afghanistan.

Afghan Rugs are from the weaving areas in West Afghanistan. As well as traditional Afghan designs, in recent years many regions are weaving Persian and Caucasian designs. Khal Mohammedi , Ziegler–Chubi, Afghan Kazak and Afghan Gabbeh. Materials Warp – Cotton or wool, Weft – Cotton or wool and Pile.

Afghanistan is situated in the south of Asia, adjoining Iran and Turkmenistan to the west, Uzbekistan and Tadzhikistan in the north together with Pakistan and China in the east.

The capital of the city is Kabul and the main part of the country is covered with mountains. Only a tenth of the country’s area is fruitful, but at the same time among the most fruitful in the world. The population, the Afghans, represent the most of diverse ethnic groups (tribes) where the Pashtuns are the largest. Other large ethnic groups are the Tadjik’s, the Hazars and the Uzbekis. 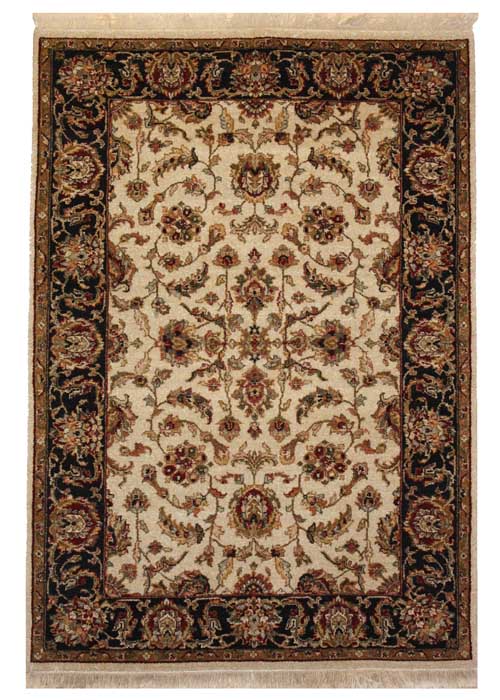 The country has for many years been plugged by internal and international conflicts with larger Western powers.

Since 2004 when a new constitution was set the country is governed by a president. Two of the most popular carpets from Afghanistan are Khal Mohammadi and Afghan Aqche. Khal Mohammadi are Handmade by the Turkomans in the north of Afghanistan, and in some cases they can also be Hand knotted in Pakistan by the Turkomans who have crossed over the borders into Pakistan. The primary colours are dark red in different nuances.

Occurring motifs are göls (elephant like pattern) and octagonal (eight shaped) often with curvilinear flowers in dark blue, ochre and beige. Afghan Aqche carpets are handmade by the Turkomans in central and north Afghanistan.