Persia (Iran) produces some of the finest persian carpets and rugs in the world.

Above list are the best known of Persian Carpets. For simplicity they are listed in alphabetical order. The spelling of Persian words can differ, depending on how the translation was done from the written language of Persian to English. For instance, the city of Isfahan can likewise be spelt as Esfahan. 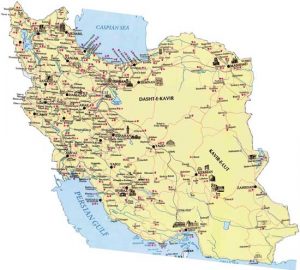 Persia, the ancient Persian name of Iran, boasts to be the world’s most superior culture in carpet and rugs manufacturing. The art of weaving and dying is inherited and carpets of all styles and sizes are made here.

The carpets manufactured in the country are often named after the area where they are made, for example Hamadan, Mashad, Kerman, Shiraz and Bidjar. The carpets can also be named after different ethnic groups like the Ghashghais.

Two large deserts – Dasht-e-Kavir and Dasht-e-Lut dominate the inner parts of the country. The capital Teheran has 12 million inhabitants.

Other larger cities are Mashad, Tabriz, Isfahan and Shiraz. For a visitor in Iran it soon becomes obvious that the carpets play a big role in society.

In the big cities the exclusive carpet shops are packed tightly together.

On the streets one can see small trucks with carpets on the platforms on their way to bazaars.

Looms, tools and yarns are for sale everywhere. Out on the countryside, looms are seen in the homes and out in the open.

Sometimes someone may have spread out a carpet on the street and is washing it with water and a brush. For many people in the West, oriental carpets are synonymous with Persian carpets.

This is obviously not right, but rather the oversight is reasonable considering the impacts of Persian rugs producing around the world.

The Swedish writer Knut Larson says in his book about oriental carpets:

“The Persians preserve their carpet culture carefully. Their art of weaving carpets is something superior; it is the best in the world”.

The pile yarns are levelled in layers, so the crossing point of the different colours is shifted. This increases considerably the weaving efficiency and produces a clean back with less incorporated pile yarn. 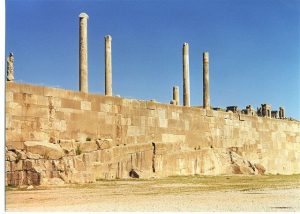 Iran is one of the largest countries in the Middle East and stretches like a bridge between east and west.

The Silk road passed through the country and its caravans brought not only merchandise but also thoughts and ideas were spread amongst the population.

Until 1934 the country’s official name was Persia. During the first great Persian dynasty (Achemanids 550-330 B.C.) the empire stretched from Ethiopia to India and from the Bosporus to Oxus. Darius and Xerxes ruled over 28 different people.

The history of the country is dramatic; rulers have come and gone. Both Djinghis Kahn and Timur Lenk ruled Persia.

During the Safavids period, especially during the rule of Shah Abbas the great, who reigned 1587-1629, art, architecture and handicraft products were developed. Isfahan became the new magnificent capital of the country.

The country´s large natural assets such as oil, natural gas and minerals attracted for example the Russians and the British, and during the 20th century also the Americans.

Since 1979 the country has become an Islamic republic. The oil provides the largest export income, but when it comes to occupation carpet manufacturing dominates.

Millions of Iranians are involved in some way with manufacturing of carpets; either through sheep raising, cutting, spinning, dying, weaving, washing, repairing or sales. 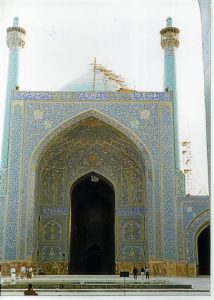 The country covers an area of 1.6 million square kilometres.

The population comes to a total of more than 70 million people. Most of them originate from Persia and amongst the more important minorities we find the Azerias, Kurds and different nomads.

Two mountain-chains stretch throughout the country. From the border against Turkey, on through the south of the Caspian Sea and towards Himalayas runs the Alborz mountains with the extinct volcano Damavand with its highest point at 5 671 metres above sea level.

In western Iran in the direction from northwest towards the southeast, stretches the Zagros mountains whose summit reaches over 4000 metres. 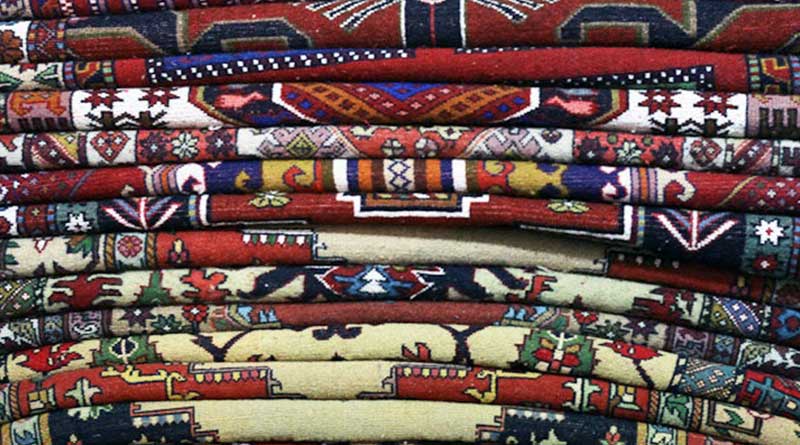